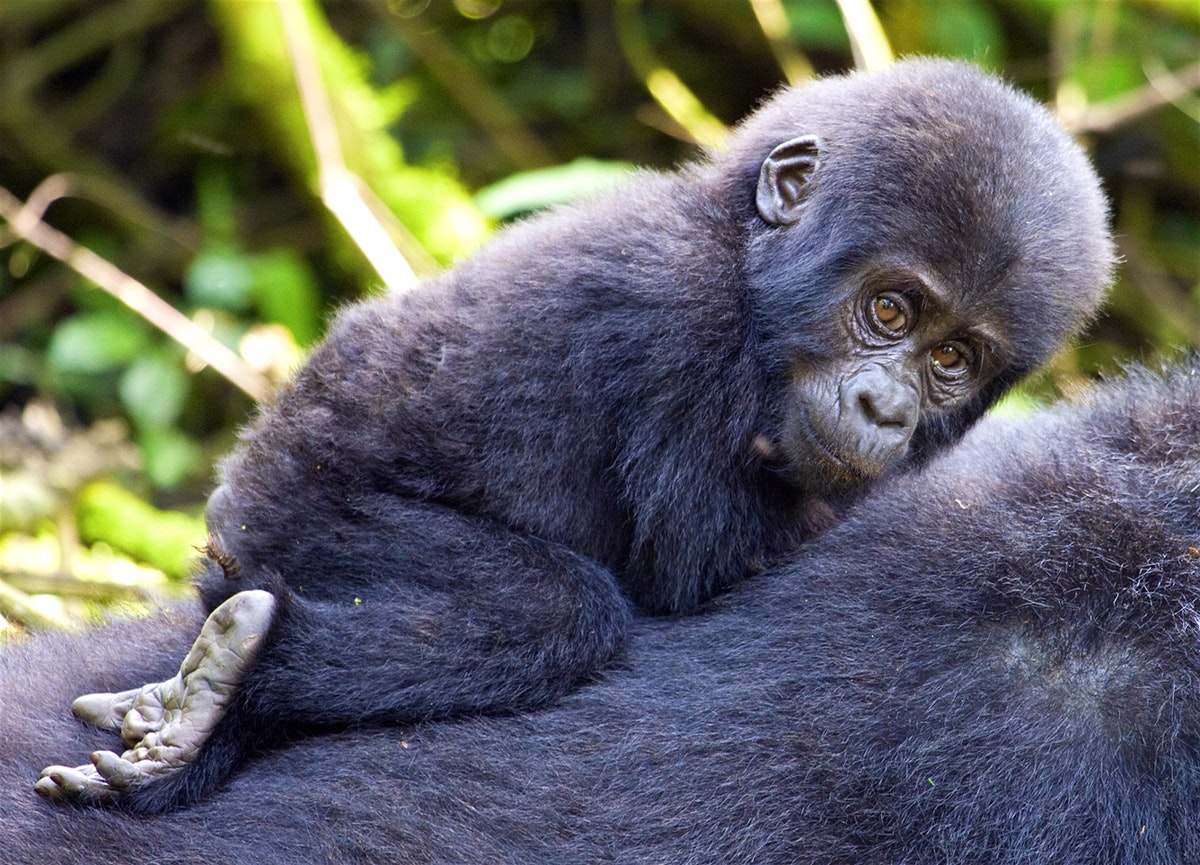 FROM THE CUCKOO’S NEST SEPTEMBER/OCTOBER 2018

We saw chimps almost daily in September ; and 3 or 4 at a time.  Seen them fewer times this month, but they are around as they keep eating the bracken at the side of our paths.

Black and white colobus, blue and l’hoest’s monkeys ,  red-tailed monkeys and baboons all are regular visitors to trees by the boundary, where Cuckooland adjoins the forest.

I disturbed a duiker today, while clearing round some young trees.  Side-striped jackal has also been seen this month.,

A very good period for birds.  Even though I was away for almost a month, I have seen many interesting and uncommon birds in the time that I have been here.

Sunbirds particularly abundant at this time.  One day, I saw 4 different species including blue-throated brown sunbird, competing for flowers of one calliandra tree.  And blue-headed is now almost resident in the flowers around the pond, along with olive-bellied, green-headed and bronze.

All 3 Cuckoo shrikes, black , Petits and Grey have been seen in the last month, while Diederick, Klaas, Black and African Emerald Cuckoos have also been seen, with Diederick now almost a permanent resident.       .

Other notable sightings include:

European bee-eaters now patrol the skies above us on most days.

In the garden, we are harvesting  mainly salad veg ,leeks and welsh onions with a few green peppers and courgettes.

Planted around 20 indigenous trees in  the gaps in September but still struggling to find waterproof method of labeling trees.