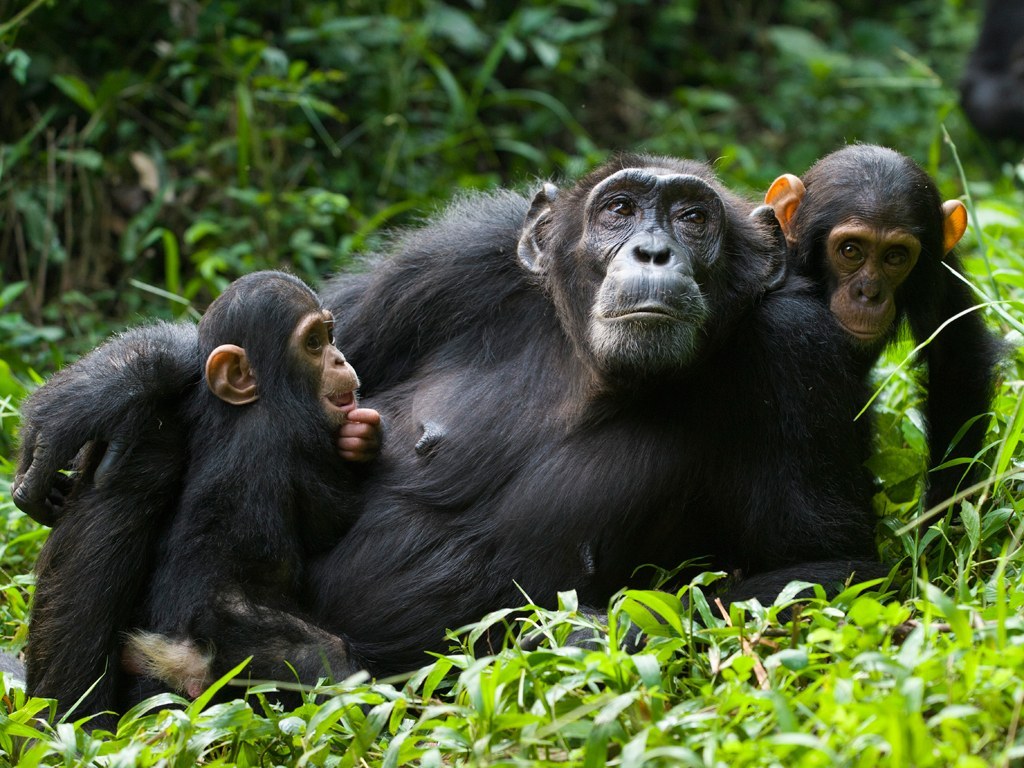 Primates. Chimpanzees Seen chimps a few times this month. Most days we hear them. They come out of the forest less in the dry season.. Other primates Baboons, black and white colobus, blue, l’hoests and red-tailed monkeys all seen regularly in last month.

Other mammals A wild dog/cat like animal has been coming out of the forest and killing more than 30 goats in the village. The local name is embaka, but I cant seem to trace it in my book on mammals. I am not at all unhappy, as the village goats often come and destroy my banana plants.

Fruit of the Land Lots of avocados, plenty of guavas ( the children have not yet discovered them), some passion fruit and a few pineapples and lemons.In the garden, we are harvesting salad veg, leeks, a few turnips and carrots.

Trees After 18 months of trying, I finally managed to get the botanist from Ruhija to come and identify some of the trees, that I have failed to identify myself. He was quite knowledgable, but there are still a few species that eluded us. Expect a lot more tree labels in the next month. Philip