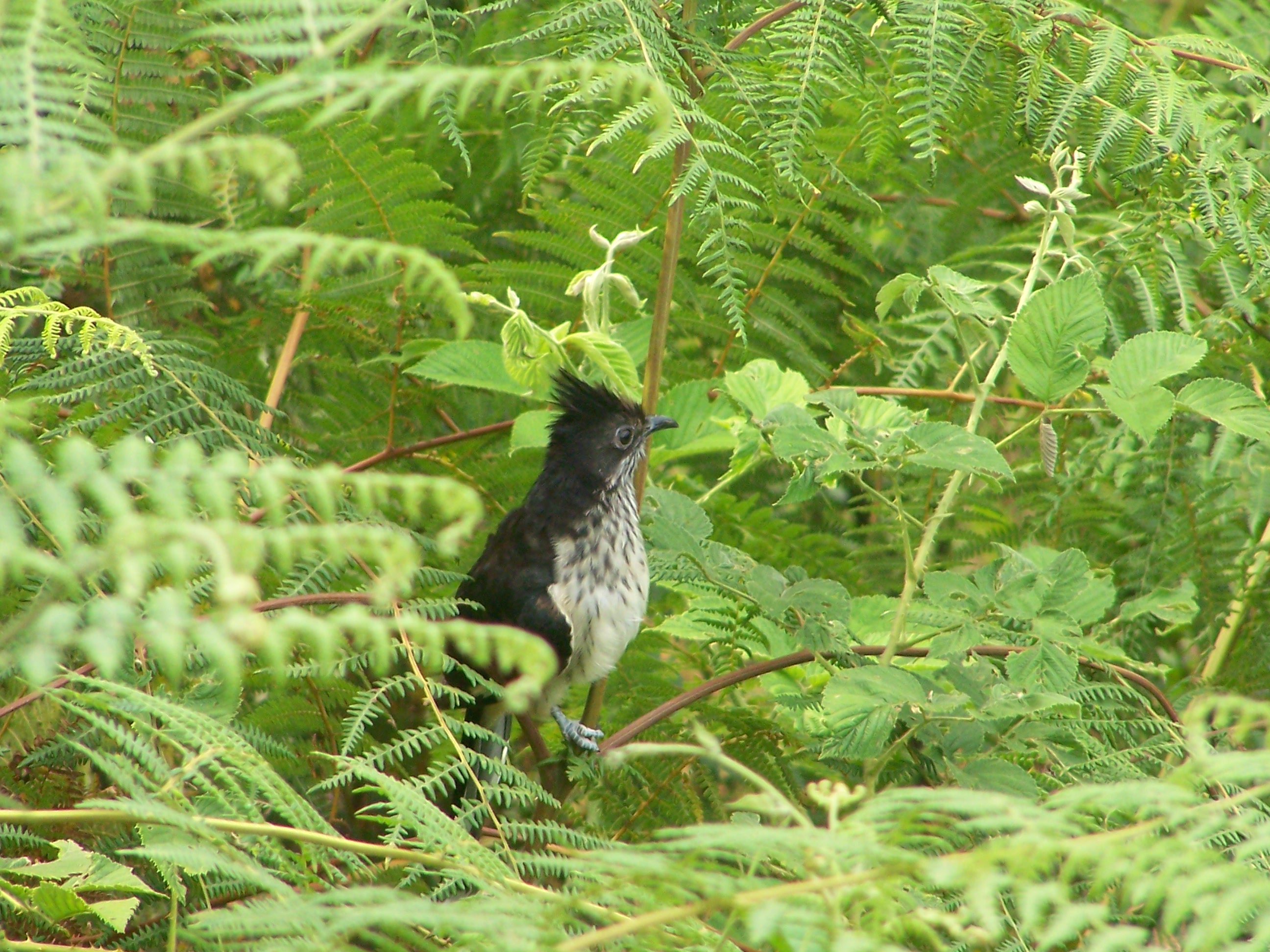 I have been seeing chimps almost every day for the last couple of months.  A group of 3, mostly silent, seems to have taken up residence in the forest bordering Cuckooland and often come into our land to eat the ferns.

Baboons still trying to eat our guavas but we have managed to protect most of them.  Black and white colobus, blue, red-tailed and l’hoests monkeys also seen regularly.

One new species to add to the bird list this last period, a dwarf bittern seen near the pond.

Guavas  are there, in spite of the baboons  and children from the village. Some pineapples in the garden.

In the garden, we  have leeks, turnips, cabbages, celery, pumpkins, welsh onions as well as salad veg.

Planted around 20 young trees in the gaps in the tree cover.  This late rain in early June may help them.