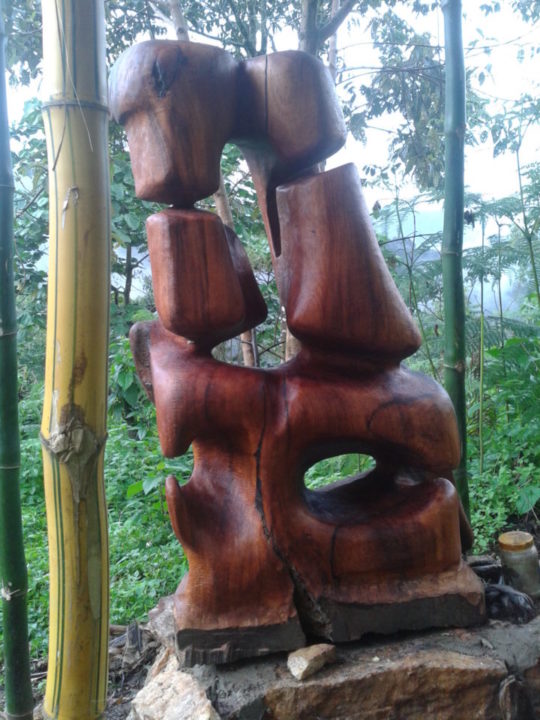 From the Cuckoo’s Nest Bwindi Cuckooland

Have been seeing one or two chimps, every couple of days, the last week or so.

Black and white colobus, blue, red-tailed and l’hoests monkeys all seen regularly, as are baboons, who, for now, we have managed to keep off the guava trees, but one l’hoest’s came quietly on several occasions and ate all our passion fruit.

In the last couple of weeks, we have seen serval cat, side striped jackal, bushbuck and yellow-backed duiker.

Many interesting birds seen in this period, including some species, I have never seen here before.  Below are some of the highlights.

Still lots of avocados, some guavas,  and strawberry guavas continuing to produce.

In the garden, we have leeks, turnips, , welsh onions , pumpkins, amaranthus, as well as salad veg.   First few tomatoes are getting ripe.

We removed more than 600 froglets from the pond, as I started to see some brown algae and the frog-shit is probably the cause of it.  Still removing the algae.